The sketchbook I carry serves as one of the vehicles of my daily practice. The point is to develop a relationship with drawing that gives manifestation to a distillation of thought. The form of the book lends itself to certain actions and reactions within the context of mark making. The development of image from one page to the next can be more than just diptych in format; a narration can occur from the front of one page to the back of another with a successive building from image to image, therefore creating a historical context from which to derive or elaborate any given image.

The scrollwork I do is a manifestation of meditation performed under specific circumstances within lunar cycles of the Hindu calendar. I am enamored with the notion that the exhaustion of confusion will ultimately lead to liberation or Moksha. For me the act of drawing exhausts confusion, given that the line is an extension of my meditative process. The nature of the scroll with respect to drawing lends itself to a certain series of actions that is less segmented than my practice with the sketchbook. The form of the drawing within the scroll accrues over time. In some sense this is barely physical due to the nature of the materials involved. Although a graphic representation of a meditative state does occur, the form and space suggested within the scroll is purely illusory in that it is not based on any direct observation of the physical world.

The paintings I produce are a synthesis of the meditative aspects of the scrollwork and the daily practice of drawing. The physical nature of the painting interacts with the subtleties of light to an extent not afforded in the drawings. With painting the act of seeing becomes something much more tactile. Sight touches the painting and reveals its form. The vitality that refracts from the object is communicated. In a real sense my paintings interact in the world with a physicality that the drawings only allude to.

The catalyst for my practice is based on the Vedic concept of likhita japa. Japa is the repetition of a chosen or gifted mantra. Likhita is a term that refers to any rhythmically scratched, drawn, or sketched line produced in concert with a mantra. 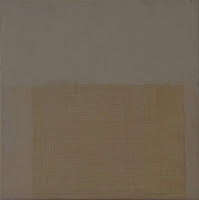 Posted by smalllines at 11:59 PM No comments: 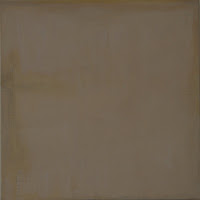 Posted by smalllines at 11:54 PM No comments: